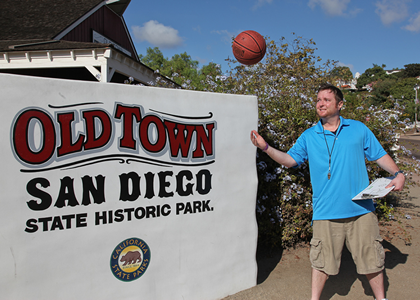 Mr. Winters was born and raised in Wichita Kansas where he successfully played varsity and high level AAU basketball. Due to his passion for the game Stephen decided that coaching was the best route and went on to the University of Kansas where he did a coaching internship his first year under Roy Williams and graduated with a BA in Communication W/Minor in Coaching. In 2010 Stephen went on to receive his MBA with Ashford University.

A little over 10 years ago Coach Stephen started the San Diego Sharks and Ca. SEAL programs which are two of the largest and most successful club programs in Southern California. Coach Winters also has 2 years head varsity coaching experience at NUA where he helped build a successful program from scratch. Stephen Winters went on to assist for 3 years under Coach Kenny Cesar at Mater Dei Catholic (Open Division Semi-finalist).  In the Summer of 2018 Coach Winters took the head Coaching position at  O’farrell Charter.

Stephen brings a wealth of basketball knowledge and experience to the San Diego basketball community. Coach Winters passion and enthusiasm for the game of basketball is contagious. 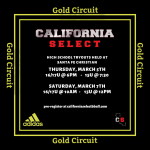